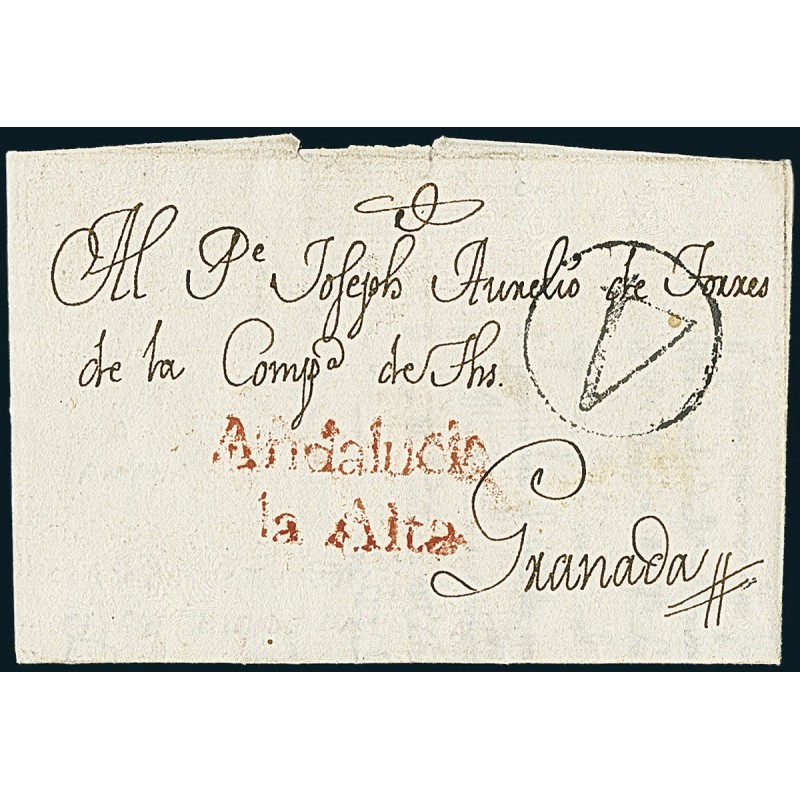 THE EARLIEST COVER FROM THE AMERICAS EXHIBITING A RATE MARKING                          31 October 1764: Entire letter from Cordoba del Tucuman to Granada (Spain), most probably completing the route via Buenos Aires-Montevideo- Cadiz, struck on arrival with red "Andalucia/la Alta" two-line handstamp and "4" rate marking, to be paid by the addressee. The letter was unpaid on dispatch, following the usual practice before
the application of the 20 August 1764tariff. The earliest known usage of a rate handstamp on a letter originating from the Americas, also representing the first recorded
transatlantic postal fee applied in Europe. Ex Kuori and Sitjà