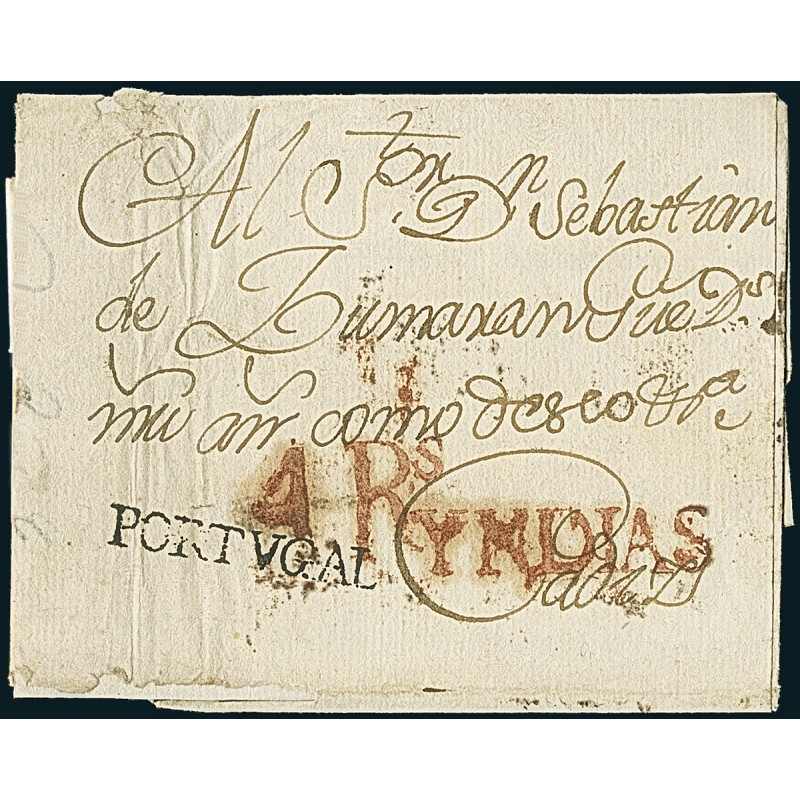 THE EARLIEST EXAMPLE RECORDED OF ANYOF THE EXTENSIVELY USED "YNDIAS" HANDSTAMPS   21 March 1767: Entire letter from Buenos Aires to Cádiz, carried via Portugal as denoted by the black "Portvgal" entry postmark applied at Badajoz in Spain, following application of "Yndias" straight-line and "4.Rs" due marking, both struck in red on arrival. From Cádiz, the letter, after being turned, was re-addressed inland to Eibar in Northern Spain (see illustration at top), charged in manuscript at 5 cuartos and bearing "Andalucia/ Alta" two-line handstamp in red. The earliest known cover exhibiting any of the extensively used "Yndias"marking, further enhanced by the fact of being one of just three Spanish colonial letters recorded carried via Portugal. Ex Sitjà