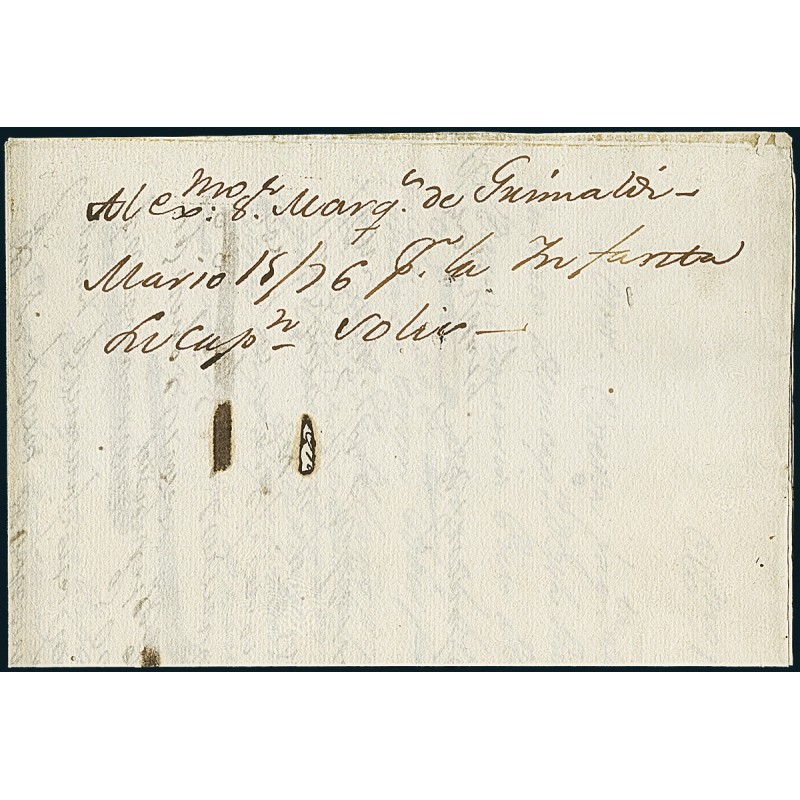 14 March 1776: Entire letter sent by Manuel de Basavilbaso, Postmaster of Buenos Aires, to Geronimo Grimaldi, Marquis of Grimaldi, Spanish State Secretary and "Superintendente General de Correos y Postas de Espana" (the highest authority of the Spanish post). The front indicates in manuscript the letter to be carried by the "La lnfanta" frigate and its Captain Solis, this ship belonging to the Comnna-Buenos Aires maritime line, which departed from Montevideo on March 25 and arrived at Corunna on June 19. The text inside mentions that a half barrel of "yerba mate" (mate), addressed to the Marquis of Grimaldi, is transported by the "La In fan ta". The letter was sent free of charge, thus following the norm for official mail sent between postal authorities. The only recorded transatlantic mail, in private hands, addressed to a Spanish State Secretary in the 18th century. Ex Sitjà