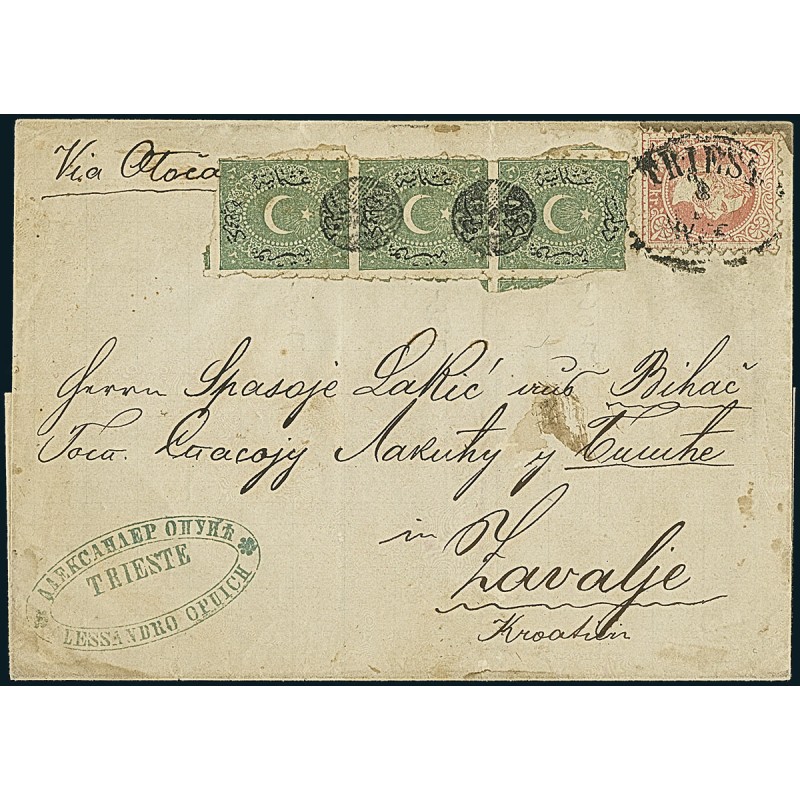 8 November 1872: Entire letter from Trieste to Zavalje (Croatia, then in the Austrian Empire), franked on dispatch by 1874-80 5 kr. rose, fine printing, tied by "Triest" oval datestamp, carried via Ottoman territories between Biheke and Prot, which were linked through a route travelled in 31 hours, with Karlovac and Otocac (19 November) transits on reverse. For the Ottoman portion of the journey in Bosnia, a franking of 1870-71 20 pa. grey-green in strip of three cancelled by Ottoman intaglio seals, for a total of 1 kurus 20 para, in compliance with the rate schedule of 1871 for inland carriage. Turkish & Ottoman Philatelic Society certificate. Scott 36 (Austria), 29 (Turkey). The only example recorded of this combination franking.