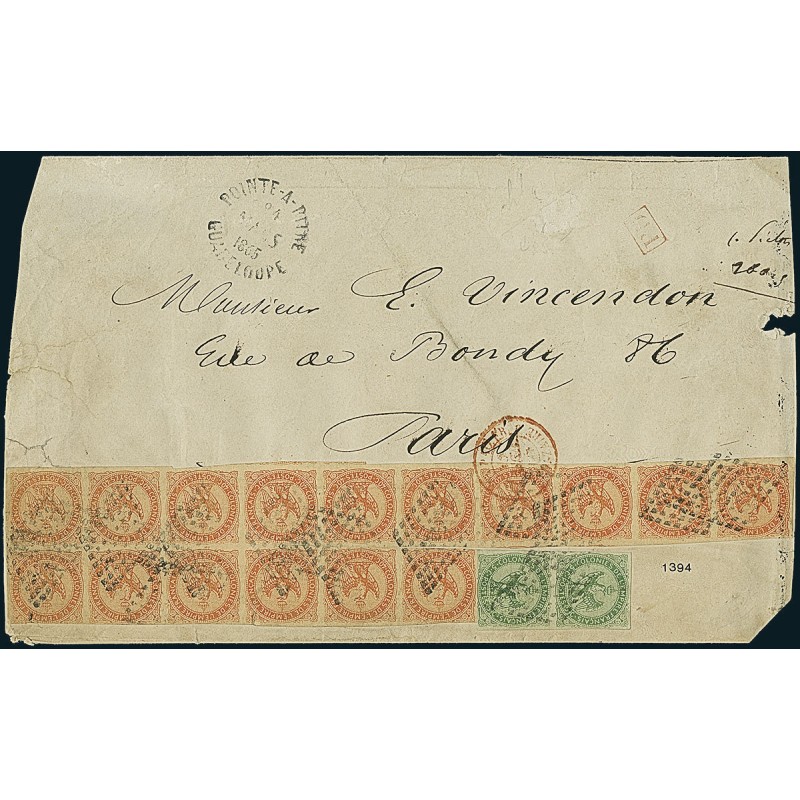 ONE OF THE LARGEST FRENCH-COLONIES FRANKINGS   24 Mars 1865: Large envelope from Pointe-à-Pitre to Paris, franked by first issue of French Colonies 5 c. yellowish green in vertical pair, and 40 c. orange in irregular block of sixteen, tied by dotted lozenges with matching dispatch datestamp at top, the large ruultiple being additionally tied by red French entry c.d.s. of St. Nazaire. Scott 2, 5. A unique and spectacular franking representing one of the highest in the first issue of the French Colonies