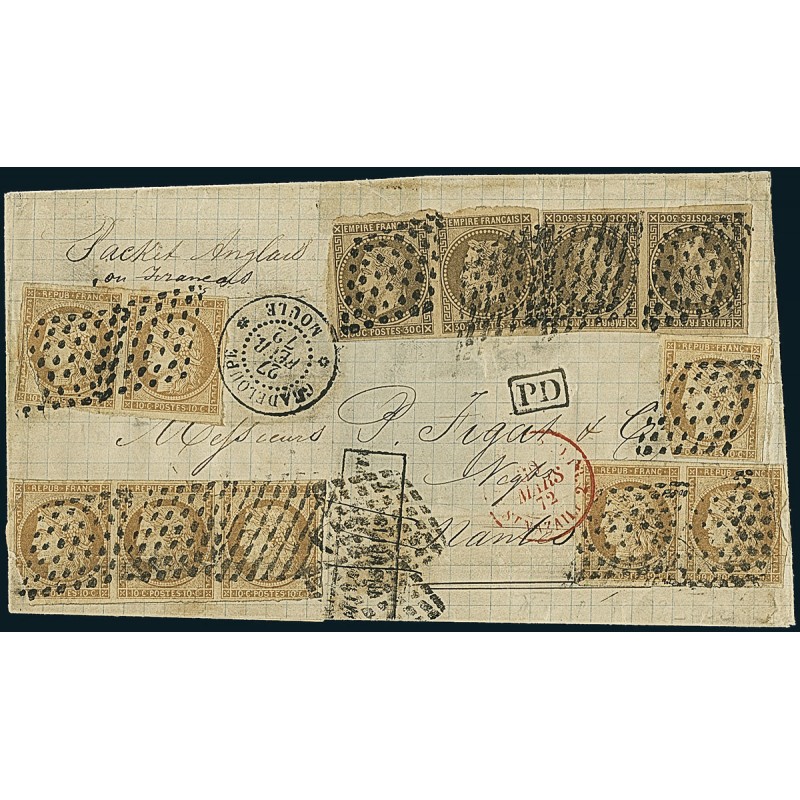 27 February 1872: Cover from Moule to Nantes (France), franked by French Colonies 1871-72 10 c. bistre, single, two pairs and strip of three, together with 30 c. brown, two pairs, tied by dotted lozenges with matching Moule dispatch c.d.s., paying the maritime rate to destination with involvement of British packet. The cover was initially struck in error with "Affranchisement/Insuffisant" marking denoting that it was insufficiently franked, being subsequently cancelled with the application of dotted lozenges over the instructional marking, as the franking paid the fee to destination as confirmed by the framed "PD" handstamp. French entry c.d.s. of St. Nazaire in red. Scott 9, 13.
A unique and spectacular French-Colonies franking.