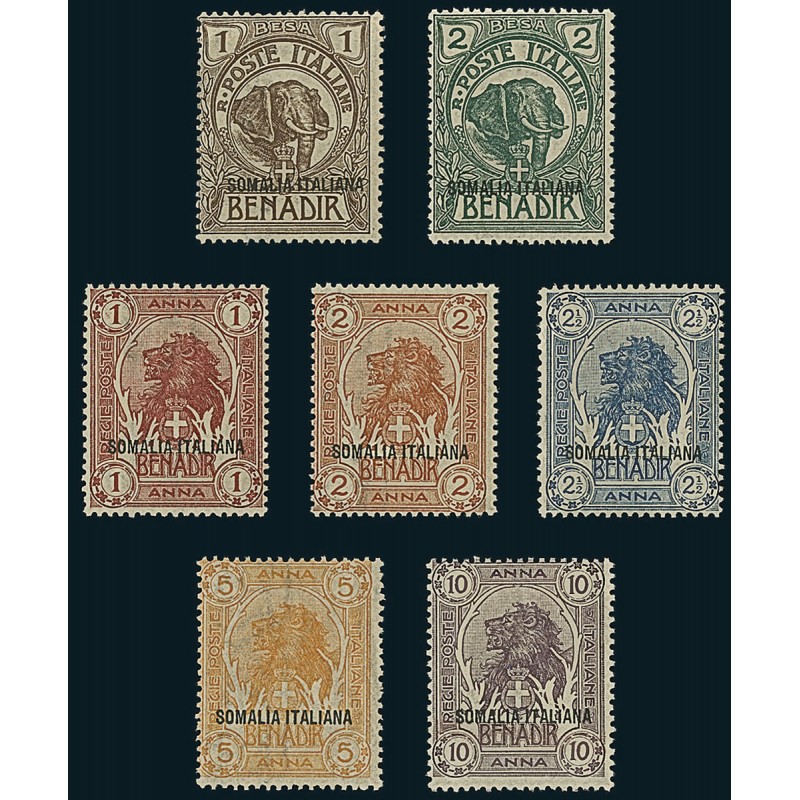 1921, "Somalia ltaliana" overprint, complete set of seven unissued values, from 1 . to 10 a., unmounted with original gum. This stamps were not issued as.five denominations were printed in anna, a currency which was not then no longer into force. Alberto Diena certificate (1960), Sassone 23A-23G. The rarest set ofltalian Somalia, with only 50 sets issued, of which some are defective, this being an outstanding state of preservation.