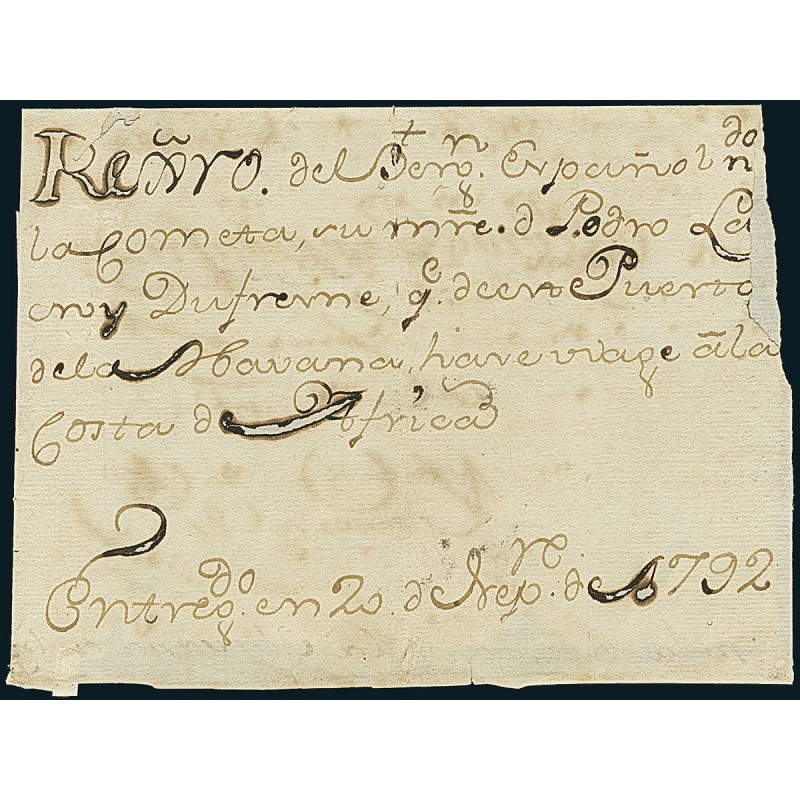 The Earliest Cover Recorded Sent from the "New World" to AfricaI 1792, Sept. 20. Ship's register cover (three back flaps lacking) of the Spanish "La Cometa" brigantine, carried from Havana to "Coast of Africa", most probably referring to the Spanish possessions in Equatorial Guinea and presumably containing correspondence related to the Atlantic slave trade, with part of red wax seal showing coat of arms of Spain on reverse -following postal regulations, ship's register covers were treated as sealed correspondence-, with "40" in manuscript alongside indicating the postage paid. Cover reduced at right, few ink erosions, barely visible vertical crease opened at top and small worm holes, non of which are of significance for this important rarity, being the only known ship's register cover known travelled from America to Africa, also representing, and this is its most important feature, the earliest cover recorded sent from America to Africa. One of the greatest gems of worldwide maritime mail.