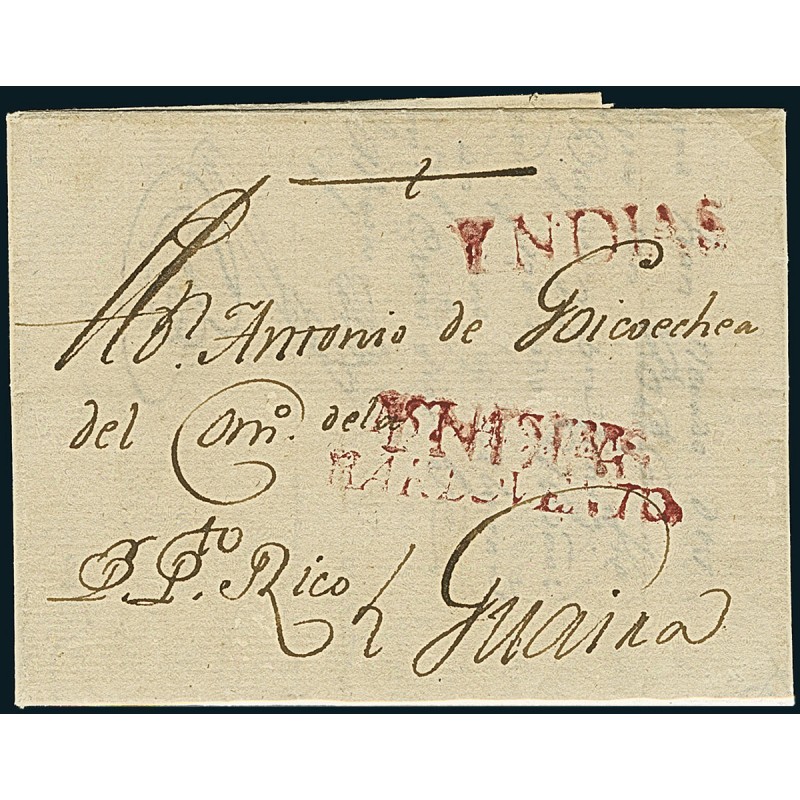 The Earliest Example Recorded of Any of the Extensively Used "Islas De Barlovento" Postmarks 1776. Entire letter from Havana to La Guayra (Venezuela), endorsed "Pr. Pto. Rico", handstamped on dispatch by Italic "Islas De/Barlovento." (P.E. 31) and two strikes of "Yndias " (P.E. 35) postmarks in red. Absence of rate notation, which would have been half real due from the addressee. The earliest recorded cover bearing any of the extensively applied "Islas De Barlovento" postmarks, further enhanced by being the earliest usage known of the "Yndias" marking in Cuba. Ex Dr. Ibáñez.